Flagstaff was amazing as always, running there was as incredible (and fun!) as I anticipated, climbing straight up and down a ski slope is really, really hard.  And really, really slow (for me). Hiking the Grand Canyon turned out to be the best good-bad-idea (poor decisions make great stories, right?) and recovery hike.

The memory of The Rut 50k was still fresh, but 3 weeks after that race, I was headed to Flagstaff, AZ for the last race in the Skyrunner series.  I wasn't sure if I had recovered physically (or mentally) from the most challenging race I'd ever done.  But I love Flagstaff and was really looking forward to finally getting to race in Flagstaff and run an Aravaipa race.  I've been incredibly fortunate to visit Flag a couple of times on the way to hike in the Grand Canyon - it's one of my favorite towns. 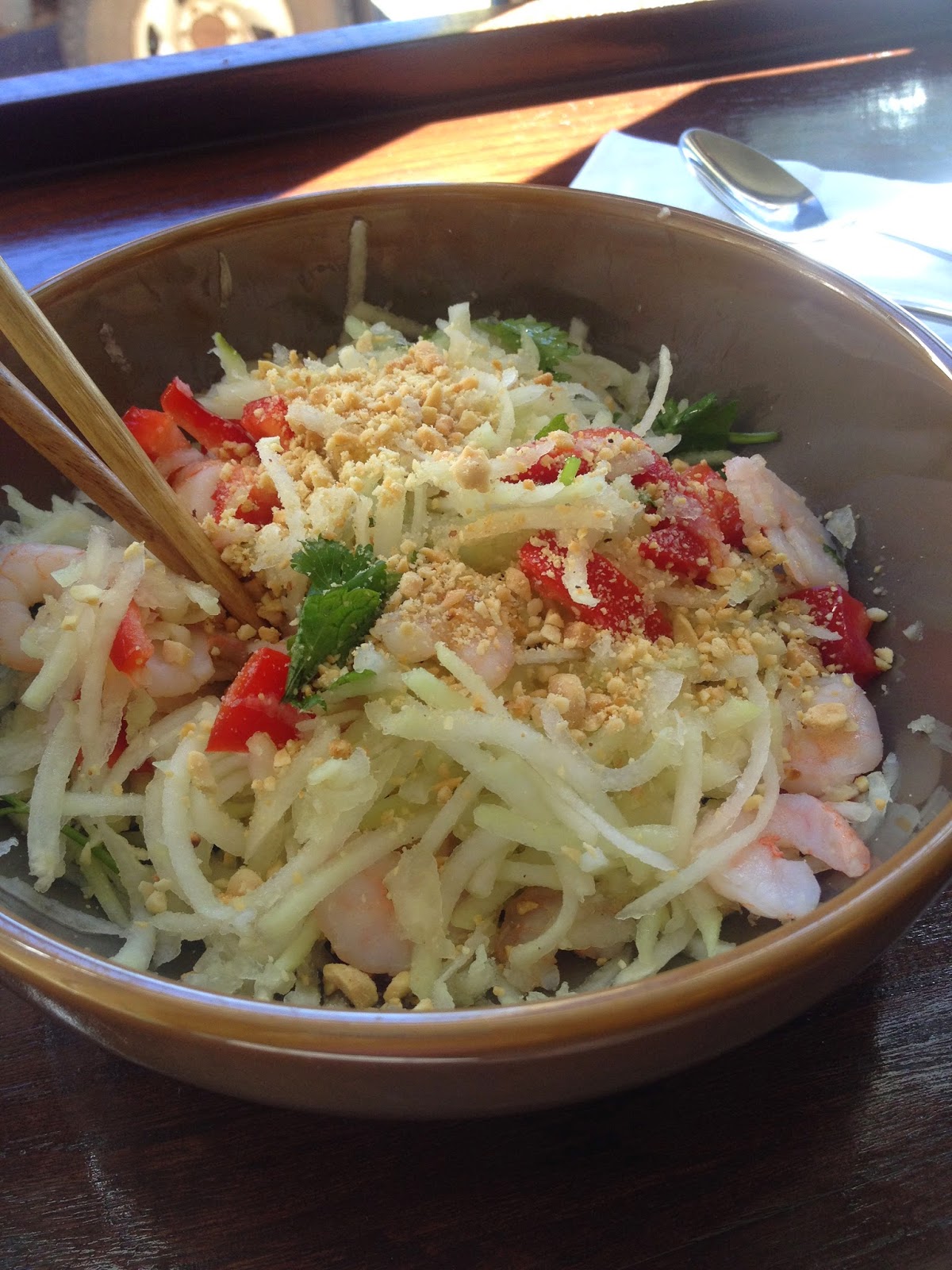 It was so nice to hang out with other GUTS runners who traveled to the race.  I got to introduce them to my favorite pizza restaurant.  Is there a better pre-race (or anytime?) meal than wood-fired pizza and gelato?  I don't think so.

Sunrise was early - and gorgeous.  Such a beautiful way to start a long day on the trail.  One of my favorite views all day was looking down at Flagstaff on the first climb.  Spectacular! 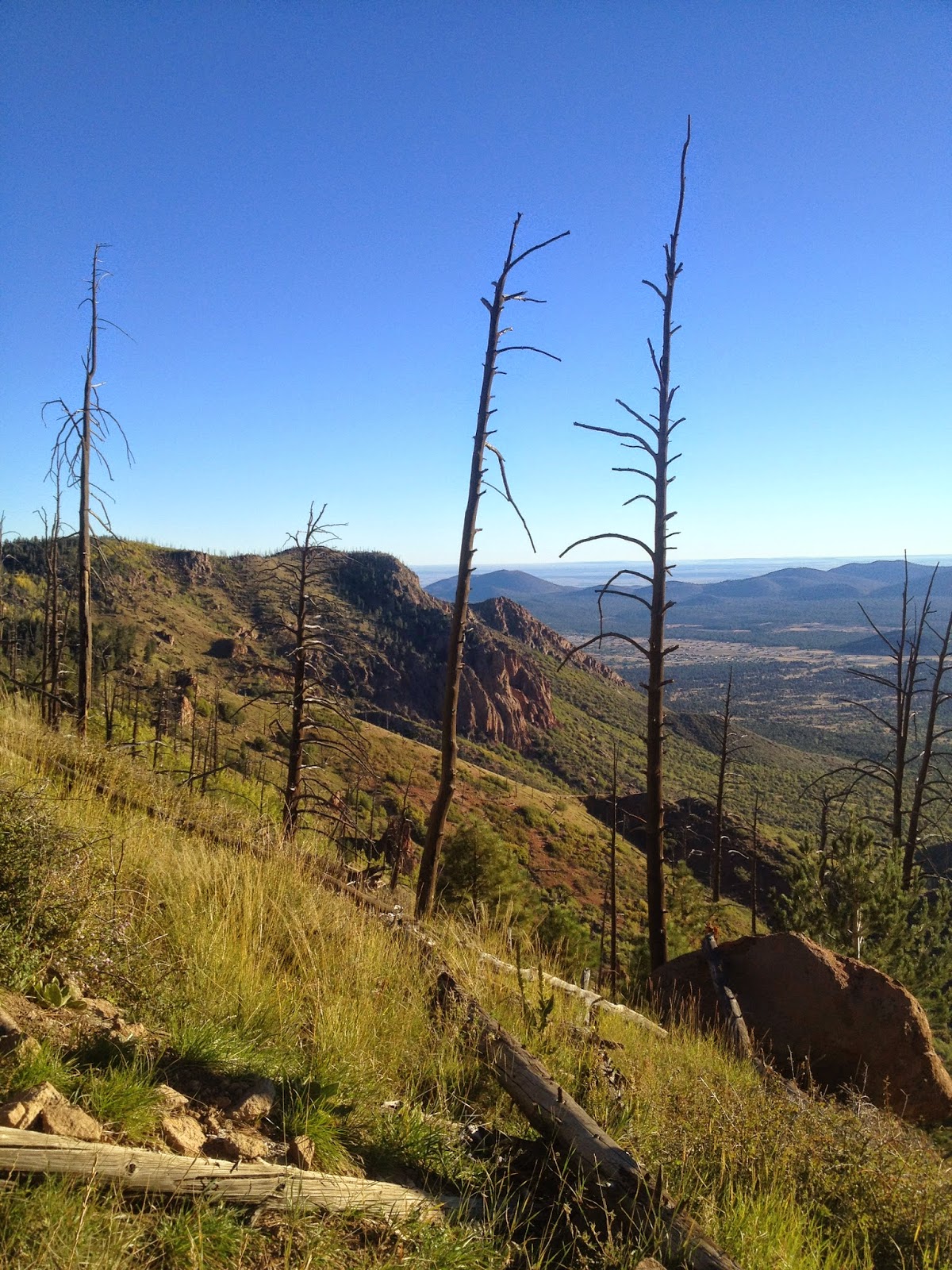 Once again, we had absolutely perfect weather - not a cloud in the sky and reasonable temps.  I didn't miss the humidity!  The race was an inverse of the rut - the challenging climbs were at the beginning and end, but the middle was completely runnable. 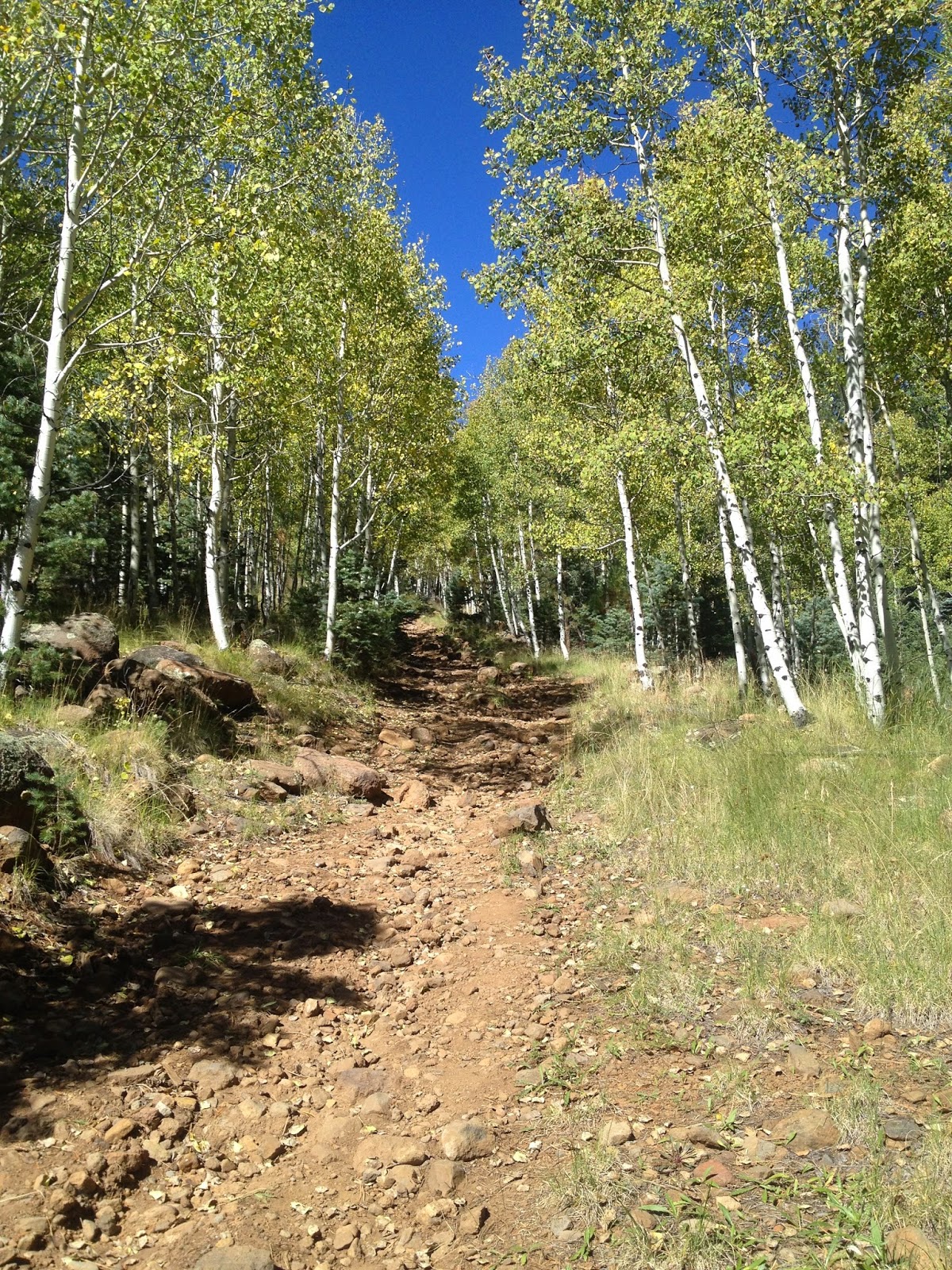 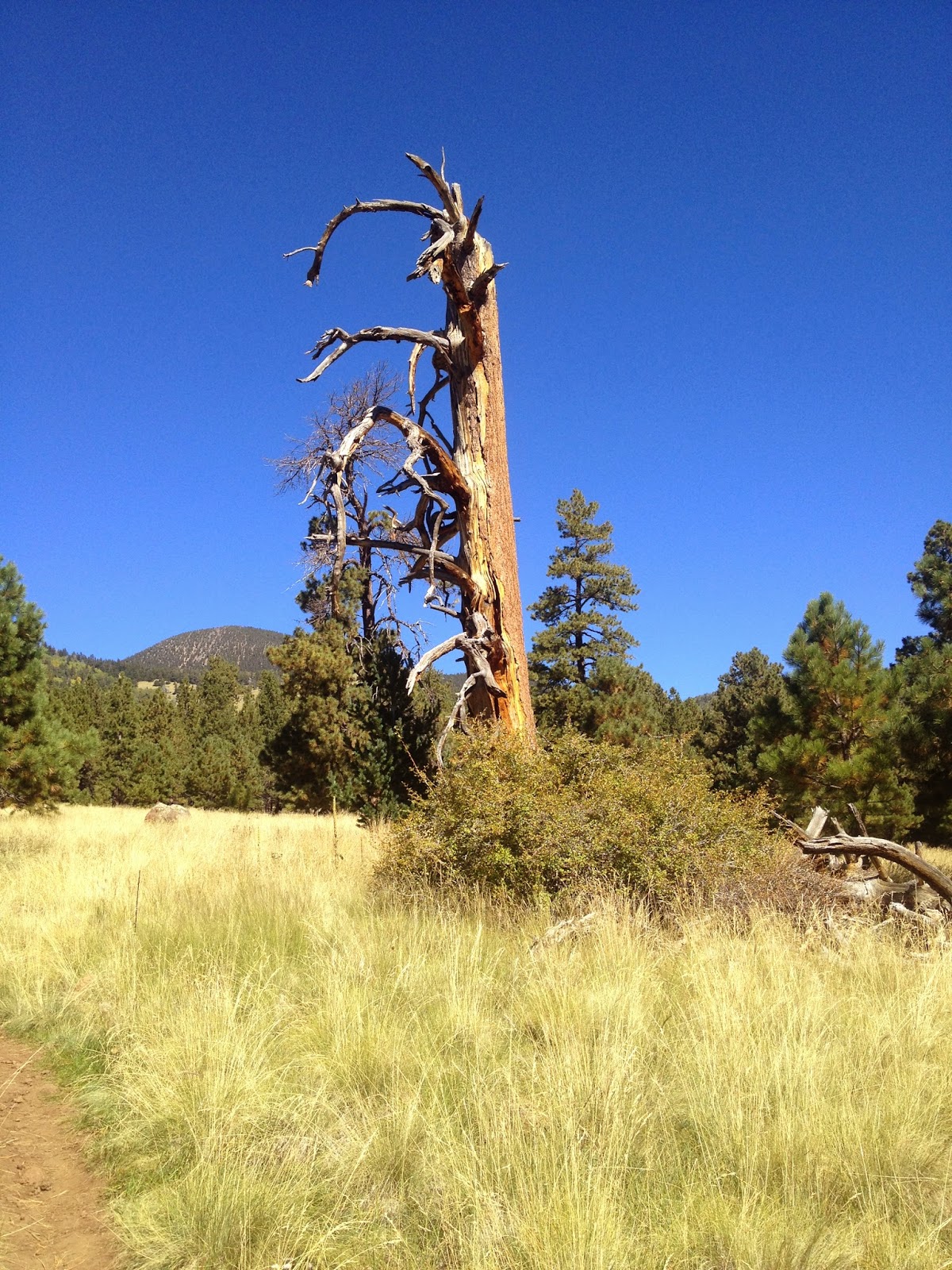 I enjoyed the trails so much I was in denial that the last 7 or 8 miles would all be uphill, including the final 5k which consisted of a nearly 2000ft climb and subsequent descent.  I ran much of the race solo, often feeling like I was lost.  A couple of times, I sort of hoped I was off-course so it would be OK to stop early... 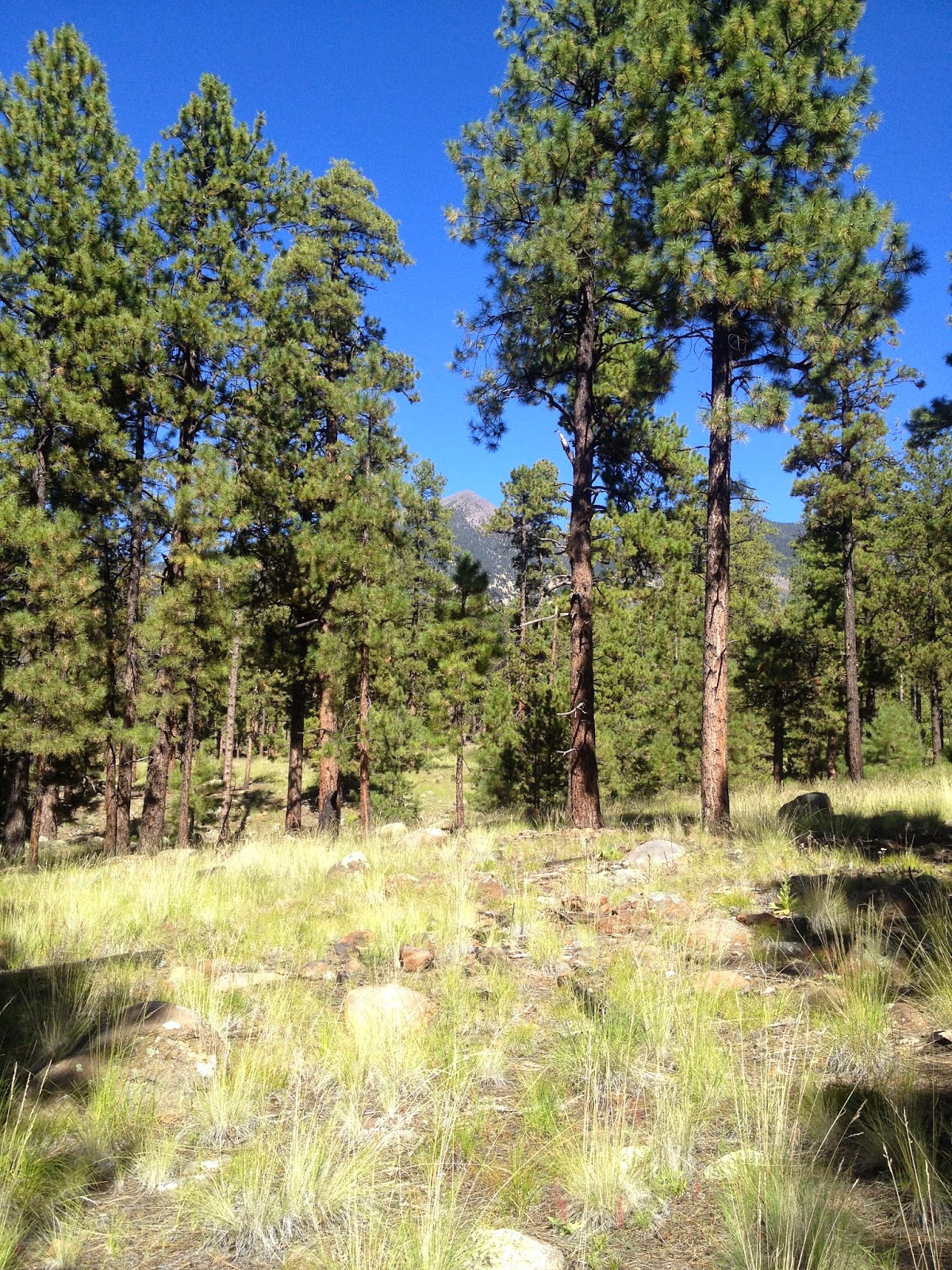 But I stayed on course, with a couple of minor explorations and began the long climb to the base of the ski lift. 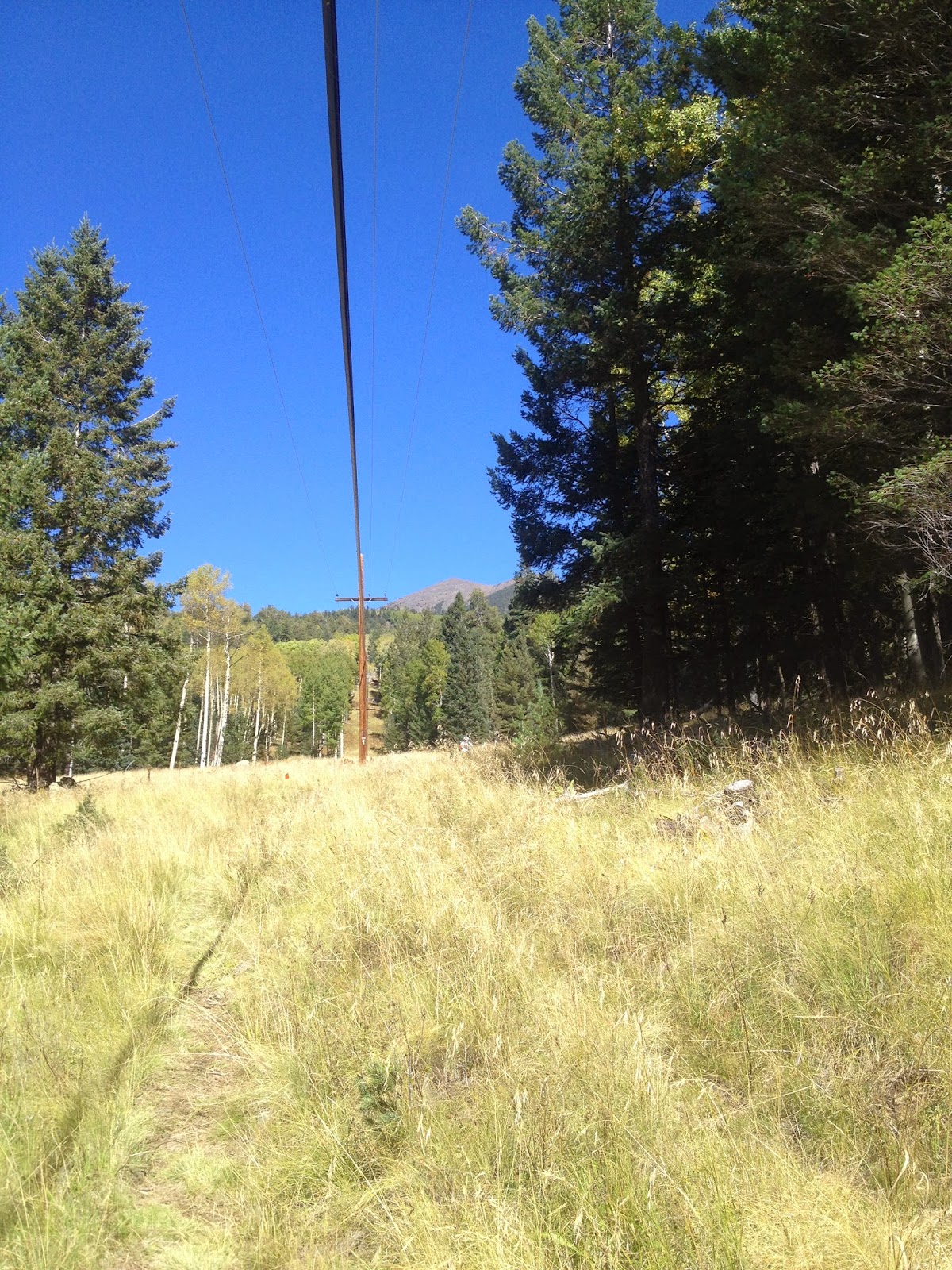 Here's a great video of the last 7 miles.  The finish line was at the base of the ski slift, but that was also the start of the final 5k.  I just wanted to grind out the final climb (at least it wasn't to the top of the mountain!) and be done - I had no idea what was in store though.  It was great to see Alicia sprinting down the hill for third as I began to climb.
Ouch.  I could see tiny people up ahead and I was taking baby steps.  I didn't want to stop because I didn't think I could start again.

Then I started hallucinating voices - who was so close to me and why were they able to carry on normal conversations?!  It took me awhile to figure out it was the people riding the chairlifts above me.  And then I was furious that they were laughing - couldn't they see us down below suffering?!  I had no oxygen or energy to yell - it seems quite funny now. :-)
The 2000ft climb ended above 11,000ft - and it took an hour.
On the descent, I had flashbacks to the Rut - it was nearly as steep and rocky and definitely had plenty of opportunities to sprain an ankle or break a leg.  I still need to work on my mountain goat legs as the descent took me 30 minutes - not exactly speedy.  I was thrilled to finish in 9:31 - faster than the Rut and a long time for a "typical" 55k, but Skyrunner ultras are anything but typical. 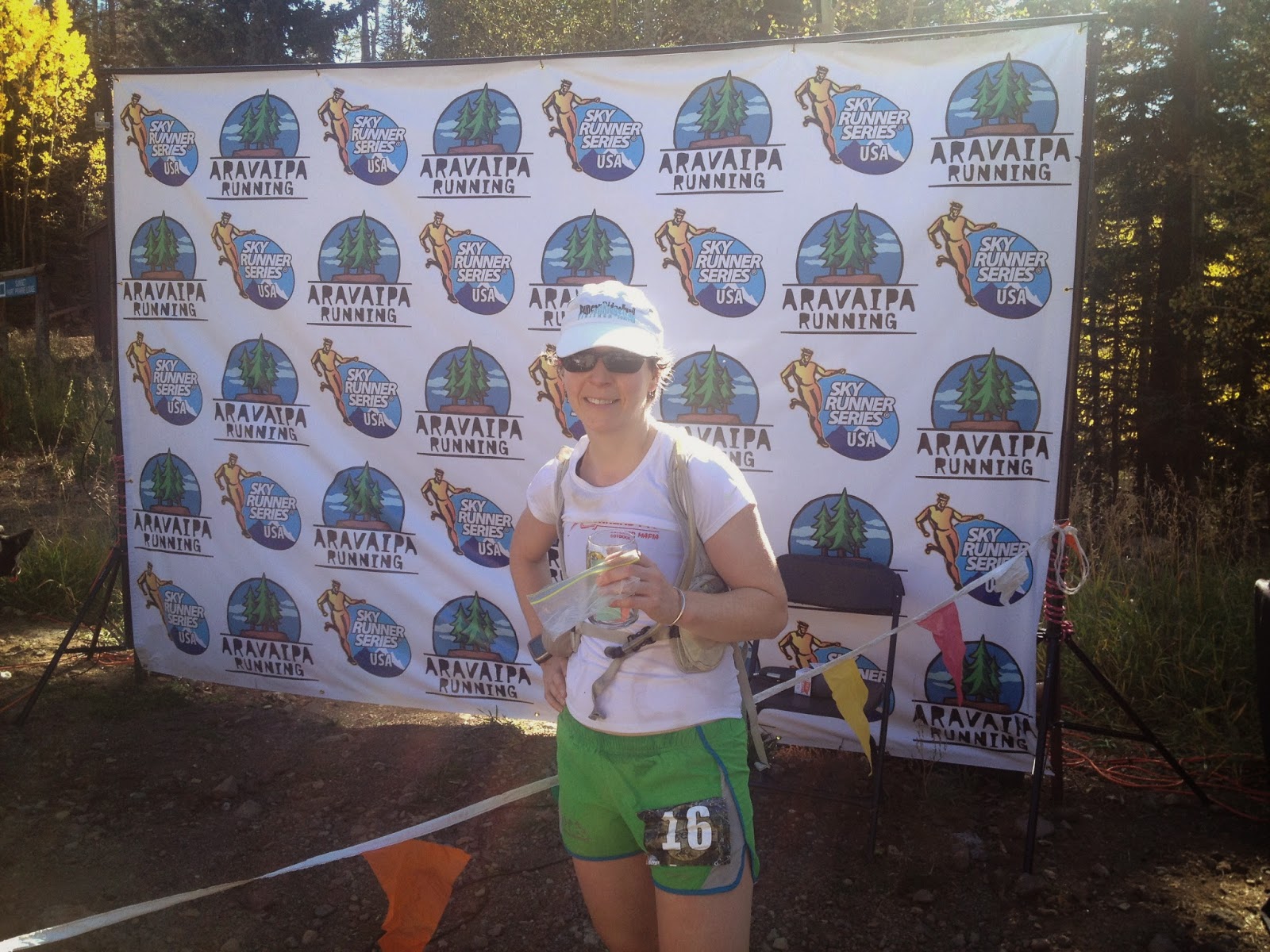 SE runners did well!  Alicia ran an excellent race for 3rd and earned 2nd overall in the Skyrunner series, beating many other well-known elites.  Congrats!
And Amanda finished 10th, coming from the flatlands of Chicago.  GUTS runners made up 3 of the top 10 female finishers - nice work!!

Race amnesia didn't take as long to set in afterwards.  I would love to come back to this race and participate in the Skyrunner series again.  I'm still searching for a balance between racing and exploring on my own.  The Skyrunner races were wonderful opportunities to run on new trails, be humbled, feel alive, travel and meet awesome people.

Because poor decisions make better stories...the next morning, Angela and I got up at o'dark thirty and drove to the Grand Canyon to hike to the river. We saw many elk or deer along the way who also thought it was a good idea.  The sun was up by the time we started hiking down Bright Angel.  This was my fourth time at the big ditch - it never gets old or ceases to inspire awe.  The weather was absolutely perfect.  Angela and I only met a few times at Across the Years in AZ through mutual friends - along with perfect weather, she was the perfect hiking companion.  I learned alot about long distance backpacking and hitch hiking - there are so many other non-running adventures to have!  The wheels are turning...